This post ” Paying Off Your Mortgage Early Will Destroy Your Finances” is originally from https://www.forbes.com/sites/garrettgunderson/2020/04/18/paying-off-your-mortgage-early-will-destroy-your-finances/
2020 04 18

If you’re trying to pay off your mortgage early, the worst thing you can do is give the bank extra. It puts you at risk. It doesn’t lower your payment, and when you need access to that cash, it’s now the bank that controls the money, not you. 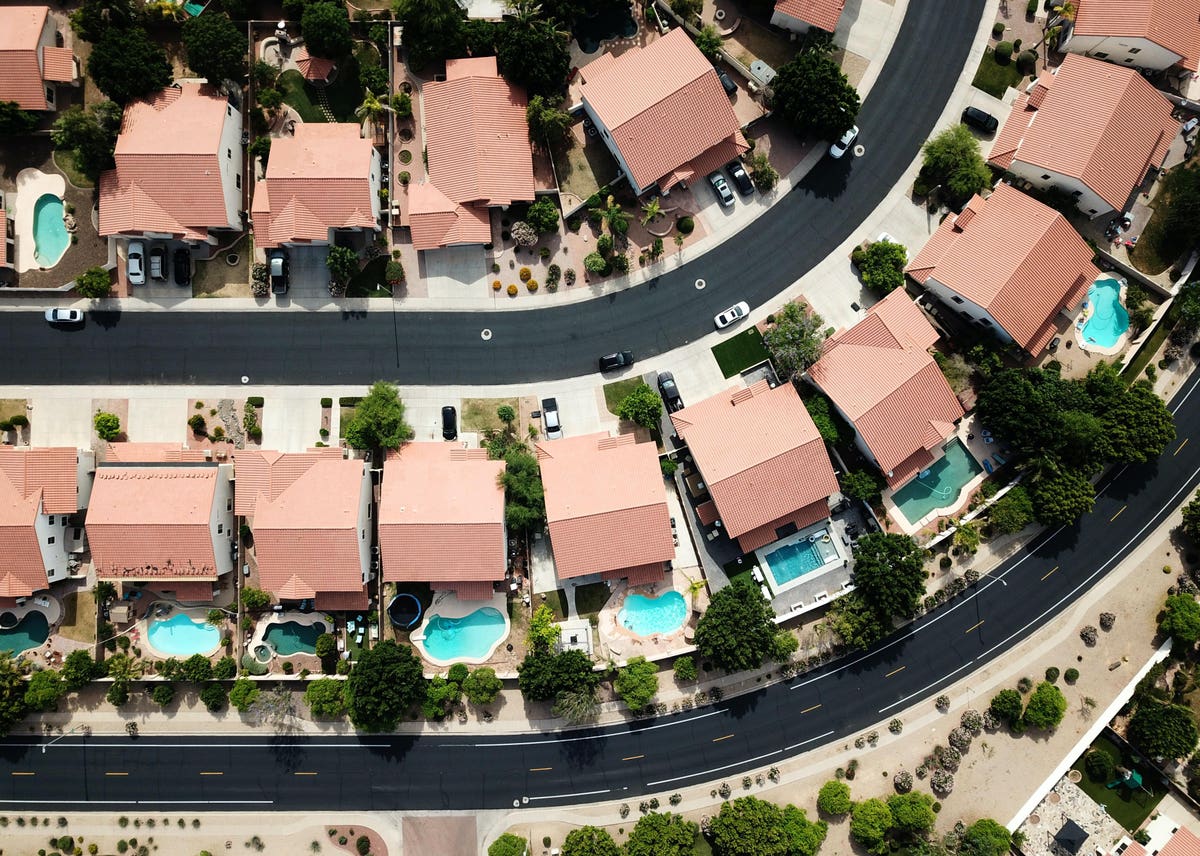 If you own a home, you’ve probably been sold on the benefits of a shorter mortgage or heard it’s wise to pay more than the minimum so you can pay it off sooner.

I was actually exposed to this idea before I owned a home, in my high school math class, when our teacher espoused the virtues of a shorter mortgage.

I rushed home and breathlessly asked my mom, “Mom, do we have a 15 year mortgage? If we don’t, I hope we are paying extra!” Of course we do, she assured me.

Turns out, having a shorter mortgage or paying more than the minimum is one of the riskiest things you can do for your finances. The more you pay the bank, the more risk you create for yourself and your money. Contrary to what my high school math teacher told me, it’ll actually take you longer to pay off your mortgage using these strategies and you’ll trap your money in what I call equity jail (more on that in a moment).

Let’s look at an example to see how this works. Jack and Jane own houses next to each other that are worth about the same. Jack has a shorter mortgage and makes extra payments whenever he can. He’s trying his best to pay off his mortgage early. Jane, on the other hand, has an interest-only mortgage and often makes payments late.

On the surface, Jack is making the wiser financial decision. But then, both homeowners are affected by an unexpected financial crisis and can no longer pay their mortgage.

For the bank, it’s an easy decision: they’re incentivized to take Jack’s house because there’s more equity in it. With Jack’s house, it will be easier for them to turn around and get their cash back, versus losing cash upon the sell of the house.

This is what I meant by “equity jail.” Banks love to lend money to people who don’t need it. If you need the money, they’ll say, “You’re in turmoil, so we’re not giving you this money. Instead, if you miss payments we will foreclose, sell the home and even keep the equity…because it’s ours now.”

Is it fair that the person who was paying more gets penalized in this situation? Of course not. But that’s the reality of the situation: paying more than necessary is risky.

Don’t misunderstand me: I’m not against paying off your mortgage early. I’m simply advocating for a different method, one that doesn’t leave your money in equity jail.

If Jack would’ve saved his money on the side (preferably in a high-interest rate account that isn’t tied to anything volatile) instead of making extra mortgage payments, he would’ve maximized his tax deductions, kept his options open, and had more stability and control.

Then, when he’d accumulated enough cash in the account, he could’ve written one check and paid off his mortgage in one fell swoop. Or, when financial hardship struck—and it will strike all of us in some form—he could’ve kept paying his mortgage.

The concept at the heart of this misunderstanding is cost of money, which I describe as the highest rate of return you can get for a long period of time on your cash.

For some, the cost of money is the cost they pay to borrow money. If you have a 17% credit card, anytime you buy something, it’s not just the dollar you’re spending; it’s the dollar plus the interest you’re paying by not paying down your credit card.

For an investor, it’s the rate of return you can earn in the long term. Let’s imagine this: if you had a 0% mortgage, you might decide to save up your money. After all, you can do better than 0%, even in a savings account or a money market. Then, when you have enough money, you’ll pay that loan off. You’d probably still do that even with a 1% interest rate because you could earn greater than 1% on your money.

But if the interest rate is 10%, the equation changes. You’ll likely only take what you don’t have the cash to pay for because it is difficult and risky for most people to earn 10%.  So whatever is borrowed would likely be paid that back as quickly as possible, to save the interest.

When it comes to mortgages, people think there’s some kind of magic, but there’s not. Let me demystify this for you. Say you have two options: pay cash and not get a mortgage, or finance for 15 or 30 years. If your cost of money is the same rate as the interest rate to the bank, then it doesn’t matter. You’re always paying interest.

Whether you pay cash and forfeit the right to earn interest (that’s opportunity cost) or you borrow money and pay the bank interest, it’s simply a matter of preference if you can earn the same as you pay. It all washes out over the same length of time.

When those numbers aren’t the same or your interest rate is high, you can refinance or pay extra directly to the loan so the payments go down. But with a mortgage, you’re typically looking at an amortized loan, so even if you pay extra and the balance goes down, your monthly payment stays the same. That’s one way you create equity.

So, what can you do instead? Number one: set up a separate account to capture the money you’d normally pay extra to the loan. It can be a savings or checking account initially, so long as it’s not commingled with your personal funds. If it isn’t a separate account, you might accidentally end up spending it. Have this money drawn into the new account automatically.

For the second step, you can park your money in a savings account, but you shouldn’t rely on it (or a money market) for growing your money. Both offer a measly return, you have to pay tax on them, and they’re not protected from financial predators.

If you want to increase the return on your money and you can look at it more long term, you can actually use Cash Flow Banking. It’s a way to do something similar to what banks do. When you put money in a bank, they have to put a certain percentage of that in reserves. They take a percentage of that reserve and they put it into cash value insurance type policies. Cash Flow Banking is designed the same way: it’s heavy cash, but now you’re getting 4-5% instead of 2%, you’re not paying taxes, you’re protected from financial predators, and you still have access to your money.

NOTE: Most insurance policies are designed with commission in mind and will not outperform the interest you pay on your mortgage.  This must be designed properly.

When there’s enough cash in the account, you can move to the third step and pay off the loan all at once by using the money in your cash value. If that cash value is earning similar or more than what it’s costing you for your line of credit or that it’s costing you for your mortgage, you’re actually going to get there faster, not slower, plus you will end up with a death benefit that could have multiple benefits and provisions including an accelerated benefit rider that may supplement or replace your long-term care policy, saving you even more cash.

If you’re trying to pay off your mortgage early, the worst thing you can do is give the bank extra. It puts you at risk. It doesn’t lower your payment, and when you need access to that cash, it’s now the bank that controls the money, not you.

Using the three steps I’ve laid out, you can maintain control of your money, keep your options open, maximize the tax savings, and pay off your home faster and safer.